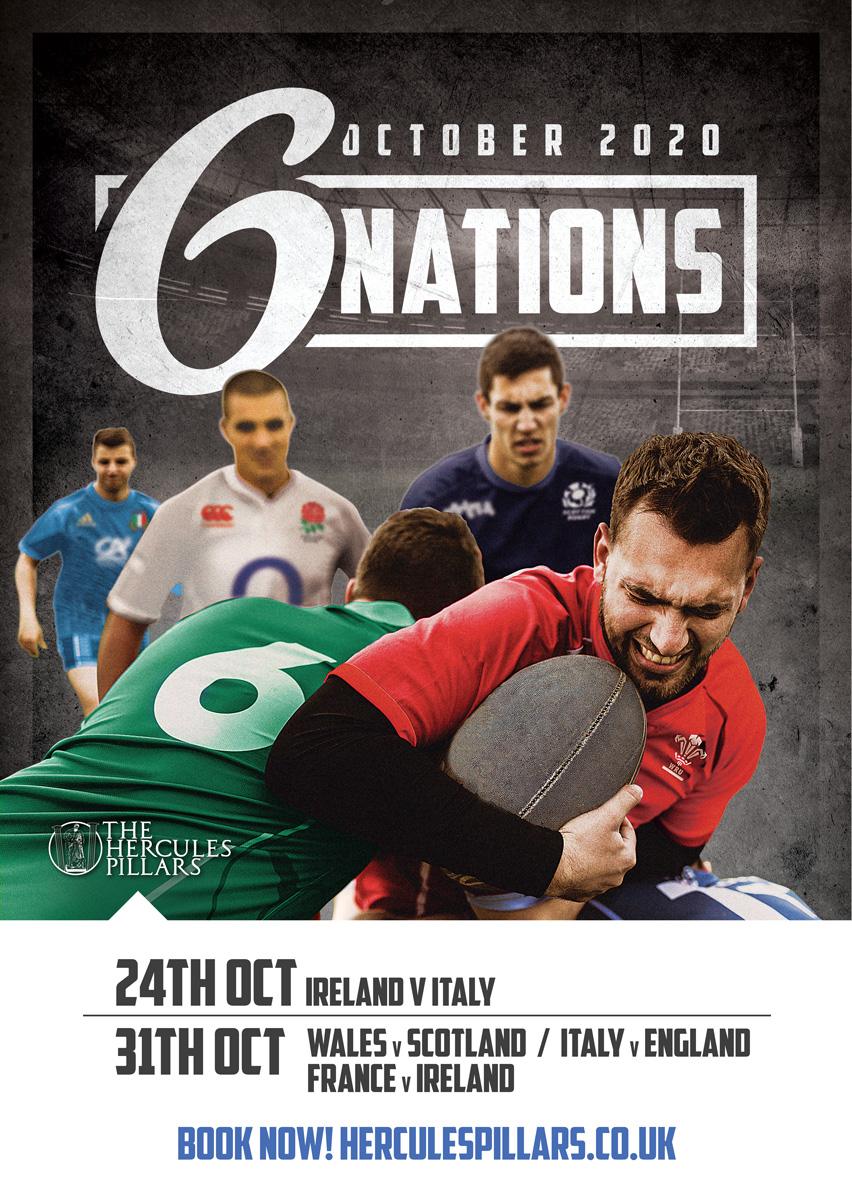 Who’s ready to watch the finale of the six nations? We’ve been waiting since the 1st of February to see who’ll lift the Six Nations Championship Trophy, and this October we’ll have all the action live in our bars across Europe.

Just like you we’ve been trying to figure which games remain and who can still win the 21st edition of the famous tournament. So we figured we’d do a bit of research for you and here’s all you need to know.

As you can see from the table above, England, France, Ireland and Scotland can all Mathematically win the 6 nations.

As you can see it’s likely to be a very tight finish to the championship and we honestly can’t pick a winner, fortunately the bookies have and here’s the picks from a well know bookmaker:

We’ll be showing all the biggest games on our HD screens!

2020 © The Hercules Pillars. All rights reserved. Part of the Beds and Bars Group of Companies.