Watch the Champions League in Holborn 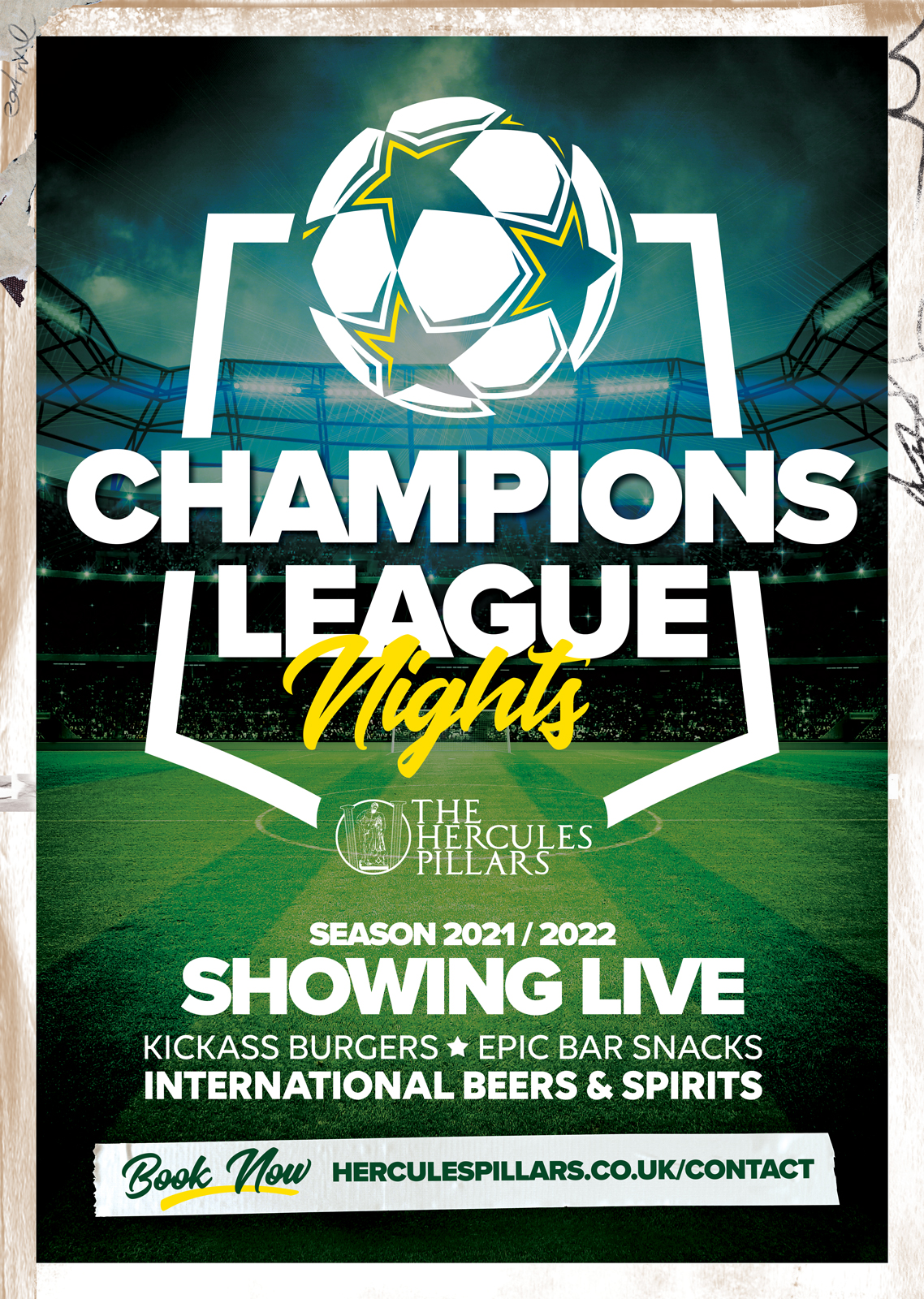 Watch the Champions League right here in Holborn at the Hercules Pillars! We’ll show all the biggest games of the season LIVE on HD screens, along with some tasty pub food and a huge selection of ale, beer, spirits and more. There’s nowhere better in Central London to watch the football than our British Pub which packs out with the biggest football fans in London for the biggest games on the calendar. Book a table to avoid missing out!

We’ll be showing all the biggest games on our HD screens!

2022 © The Hercules Pillars. All rights reserved. Part of the Beds and Bars Group of Companies.